“This is the last article of eight about women. This article focuses more on the woman after giving birth, emotions and their focus on communication. The emotionally blind man also get a place in this article. The angle of the article is a combination between Chinese medicine, Chinese psychology and Western science. Remember the article are provocative to stimulate growth. The references will be published on the seminars “Women and TCM”.

Welcome to read The user manual for Women part 8. Enjoy.”

Shen (the brain) handles many aspects and many of them are deeply interconnected and intertangled. Women tend to swop between aspects if they are about the same. A man has great problems of seeing the connections between the themes. Something clearly connected to the female bilateralism and man’s unilateralism in processing information. The male Shen have a Yang functionality that focuses on one distinct aspect at the time, the female Shen focuses deeper in the aspect, Yin. Amygdala regulates the body in conjunction of emotions and there starts the gender differences. Women stores much more information and details than men. That is why men cannot recall the same information as women. Men simply do not store the same quantity. Nature has made women activate their amygdala with emotional stimulus, something that men struggle to manage. Hippocampus (larger in women) receives the information, quickly tags it and sends it for storage in the brain; making the connection between Yi and Zhi more developed in women than men. 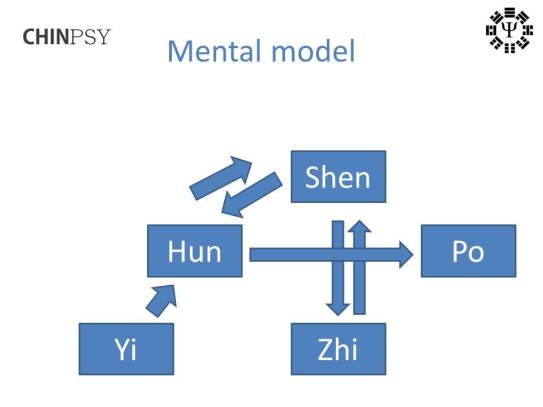 At the same time we need to remember that everything happens for a reason. Women are preoccupied for losing her provider, so she connects all information that exists to know the current situation. Men focus more on reproduction and security issues. Men activate their amygdale when facing a threat to his relation or in a real danger. Male emotions will rarely activate his amygdala. The only occasion the male brain function as the female brain regarding memories and emotions is when he experiences a threat or feels angry. Here we need to pay attention to the fact that amygdala (center for fear, anger and aggression) is larger in men (the Hun aspect), and that the prefrontal cortex (decision making center) is larger in women (the Shen aspect). As a result men become faster aggressive and women tend to respond better. At the same time we need to remember that the male amygdala has more testosterone receptors than the female edition, making men explode faster than women in puberty; when the testosterone start to flow. Women tend to form aggression as a reflection on the outcome before she gets aggressive; an aversion to conflict behavior. Her aggression is Fan she (reflection) and the origin to her aggression is Fan ying (mirroring). She feels fear instead of aggression, but when a woman become aggressive she tends to be really aggressive. Women have kidney zang or Zhi as her Ben (root) to her aggression. Men have liver zang or Hun as their Ben. The genders have a totally different origin to their aggression; anger and thinking. Men are made for physical aggression (fight), but women are made for verbal aggression (insults and screams). Men are as handicapped when compared with the superior female verbal abilities.

When a couple has developed communication problems we tend to find the man upset and the woman fearful thinking about the result. The result becomes a speaking man that pushes negativity mixed with semi bad thought words and the woman remain quiet listening and almost laughing afraid for losing her provider. She does not want to fight, and he does not understand that he better shut up. 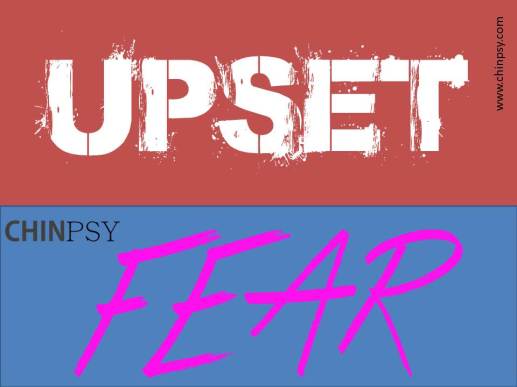 A woman got 400% more chances for anxiety than men. When facing danger we find women instantly to react with anxiety. Her anxiety makes her offspring protected. This sensitivity makes her take better care of her children and to detect potential dangers. As a result of this we will see more depression among the women, a mechanism guided by her progesterone and estrogen.

Yang Metal – As the years passes
The Yang Metal stage lasts from twenty one to 28 years in girls, and between twenty four and 32 years in men. This is the period for rearing children. It is an active period where goals and plans are made.

Yang Water – Last stage in the cycle
The Yang Water stage lasts from twenty eight to 35 years in women, and between thirty two and 40 years in men. Here women start to put breaks on their reproduction, but most women can still become pregnant. Women focus more on life than before.

Yin Wood – Menopause come closer
The Yin Wood stage last from thirty five to 41 years in women, and between forty and 48 years in men. Women start experiencing heaviness (Damp) in their body. This Damp is something new for her and marks the beginning of the end to her reproductive age. Soon she will start getting irregular menstruation and finally it stops. Some women become desperate as they feel the biological watch is ticking faster and faster. 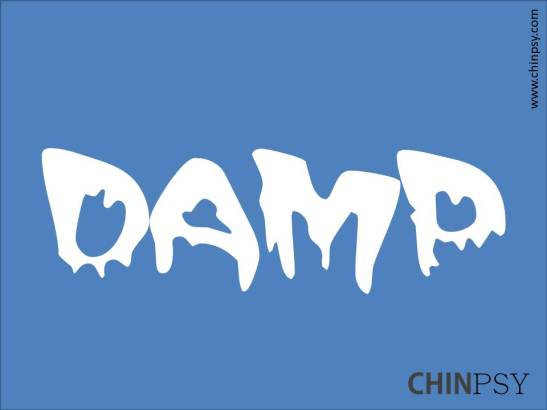 老成 Lǎochéng – The mature woman
When entering the menopausal years we find a new type of indicators in her life. She is finish with children and what now? The estrogen and progesterone levels drop dramatically when ovulation – and menstruation stop. She becomes more calm and predictable. Remember this is the Yin Wood period. She will calm down with less impulses and more predictability than before. Her perception of reality changes dramatically. The female peace keeper is gone and she might create conflicts that before were unthinkable. You know Wood is liver zang and aggression. Before we find her association with other women crucial for her survival, but now others matter less for her; they only give her a little extra dopamine from the interaction. The interest in socializing 24/7 is gone, and for the first time her own company might be sufficient for her. She starts to become more Yin, and soon she is closing in towards the psychic qi of a man; she will never be a man. Her way of thinking and feeling is completely different, a change mostly due to her reduced estrogen. As a result we find her experiences less Fire in the other hormones also.

Yin Fire – Menopause
The Yin Fire stage lasts from forty two to 49 years in women, and forty eight to 56 years in men. Here the woman will stop menstruating as a final signal that her fertile years are over. Men will experience an andropause, the male menopause.

绝经 Juéjīng Menopause and Peri-Menopause
A woman will enter Peri-menopause around 43 years of age (the age might vary) according to western science and 42 years of age according to Chinese medicine. She starts her second cycle and enters the Yin Fire period. This is the time period around the time of menopause, the end of the menstruation cycle; the fertile life. She is finishing her reproductive age, and her finely tuned mummy brain is not needed anymore. One of the indicators for this period is the reduced sensitivity for estrogen in the brain. Slowly she starts to experience hot flashes, sudden redness and aggression. Very popular is the seven classical menopausal symptoms to describe this part of a woman and her hormonal life Itchy, Bitchy, Sweaty, Bloaty, Sleepy, Forgetful and Psycho. (Perhaps it is the men keeping this list of seven alive.)

When the estrogen levels go down and the estrogen sensitivity start to be reduced we find Hypothalamus recalibrates its heat-regulating cells and thereby creating heat waves. Beside that we also find her sex drive decrease dramatically as her testosterone levels sinks. When she reaches menopause she have 60% less testosterone than when she where 20 years old; perhaps 60% less sexual appetite. This indicates that her kidney qi is adjusting. Research have shown that a little of testosterone might get her interest for sex up on tracks again. The menstruation cycle changes dramatically and finally stops. A result of all this changes is a reduced bodily energy, Qi xu. Many women will also get an urge for sugar to keep the show going, to get sufficient energy. Men also experience a type of peri-menopause, but not visible as the female edition. The Stone Age brain is programmed to create safety for the offspring. Now the children are safe and this program is not needed anymore. As we observe the Stone Age protective brain program signing off we will understand that it will never go totally away. She will always think about having peace around herself, taking care of a good husband and try to have everything properly protected, but the game has changed.

Most divorces are initiated by women in this age, and NOT by men leaving their wife for a younger and better looking female. Since the Stone Age brain is fading we find the woman care less than before about her family. An interesting aspect here is what she feels, because women always feel something. The woman that felt fat and useless due to minor changes in her estrogen and progesterone levels is gone. Now she feels that the husband is the reason to all of her problems. She does not feel ugly anymore, but she feels that she would be better off without this distinct husband. Hint, taking estrogens pills will combat this feeling. Note: This blaming “the man” mentality is not founded in reality – it is hormonal. 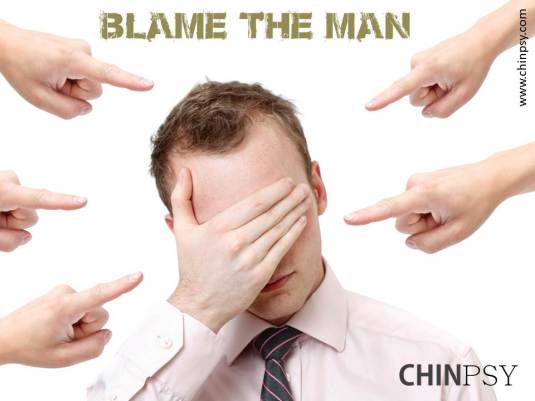 Hormones are what created the female brain and hormones are what changes her again. Changes in hormones will make another woman emerge. Changes created by cyclical predictable variables. Most women follow the same path in development; just as men do. It exist many gender differences in the brain, and many still are unknown and mysterious for us. For example the male brain age different from the female brain. Women have a slower degeneration of the brains cortex. It exist many theories why women live longer and evidently healthier than men. One of the most popular theories is the Grandmother theory. Women live long after their reproductive age has ended. They are meant to help their daughters to take care of their grandchildren and thereby to increase the human reproductive success. It is found that a grandmother is more important than a father; two times more important. All the information in the congenital essence is there for a reason: The survival of the grandchildren.

Perhaps after reading this you feel that a woman tries to cheat on a protective man with a high socio-economic status one to make her pregnant. Then he has to take care of her and their offspring for the rest of his life. At the same time you might think that a man searches for a good looking woman to ejaculate inside, bear his child, and take care of his offspring for the rest of her life. Then depending on the conditions he will stay or leave. Women want the man to stay and nature helps her. Love, thinking and emotions are pure chemistry, as basically everything in a cyclical relation. The complete evolution from reproduction, birth, and childhood to adultness, the complete life is programmed in our congenital essence.

It is little room for change and our free thought/ actions might be questioned. Li will form our Qi according to the information that is carried in our congenital essence. Well, perhaps this is correct, but it might as well be far away from the truth. What do you think? 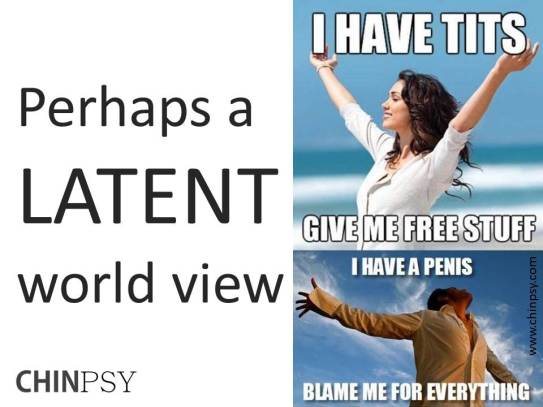 The writer of this article gives seminars about Chinese medicine and Chinese psychology all over the world! Go to this page to find out how.